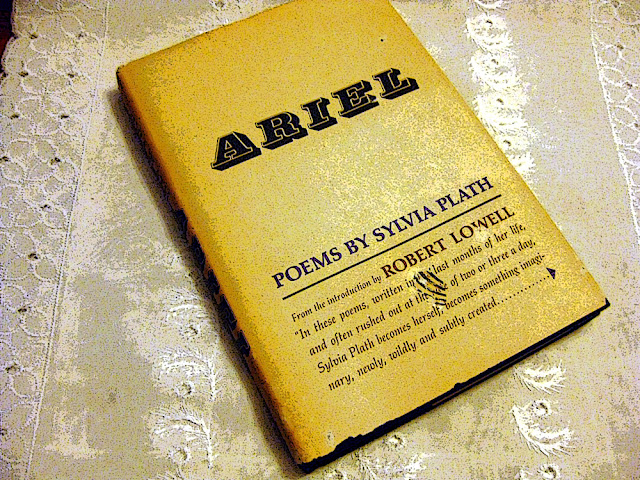 “Fumy, spirituous mists
inhabit this place/Separated
from my house by a row of
headstones./I simply cannot
see where there is to get to”
—Sylvia Plath, “The Moon
and the Yew Tree”

There in the St. Peter’s Cemetery—
Separated from me by a row of old
Tombstones leaning in the mist

Covered in lichen set back from Court Green’s

Boundary wall there on Essington Road

The back wall of the property is lined—

With gravestones which remind me of an

Ancient wall of old corpses thru my window

Court Green is walled in by a nine-foot stonewall—

And beyond the house one can see the lushly

Green hills of the Devonshire countryside

Court Green has a tremendous power and—

Magnetism and gives me a certain fecundity for

My imagination is what attracted me to—

Ted Hughes in the first place there in Cambridge

When I was a naïve Fulbright Smith scholar

He needed discipline in his life and an agent—
I typed up his manuscripts, helped him to get
Published, guided him toward Faber and fame

But even as I moved into Court Green pregnant—

I live here now in complete despair—
Twice on Sunday, the bells startle me awake
Soberly bonging out the names of the saints

St. Peter’s Cathedral sees nothing of this—
And the message of the yew tree is blackness
Blackness and a book called Ariel

Posted by pugetopolis at 2:32 PM