The Last Boy on Earth 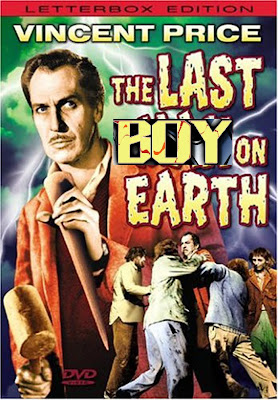 I couldn’t help it—if I was The Lost Boy on Earth!!!

It wasn’t gonna be with a Big Bang—or a Weak Little Whimper either. It was a lot more—than just that.

It was gonna end—with a big fat smelly Methane FART!!! Outta the Gulf of Mexico—Talk about Montezuma’s Revenge!!!

But it’s true—and it’s worse than just that. I don’t care if you believe it or not—I’m not out to make a million bucks. Like Frey—with his A Million Little Lies. Or OJ Simpson—with his tacky Tell All Murder Autobiography. Or Nabokov—with that awful Queen of Zembla unreliable narrator goin’ on & on in Pale Fire.

No, I’m not tryin’ to get into Ripley’s Believe or Not—or make a million bucks with a Hollywood movie contract. What do I need a million bucks for—when the Planet Earth’s no longer here?

That’s why I’m writing this memoir now—for any iPad and Kindle Queens in the Far Future. Somebody that might wanna know—what really happened. My Apocalyptic Earthboy Confession—about me being The Last Boy on Earth.

They say dontchaknow—“Don’t Ask Don’t Tell!” Keep it in the Closet—Don’t tell a fuckin’ Soul. If you’re cursed with a Talkin’ Asshole—for Christ’s sakes, Don’t Talk About It!!!

There’s nothing worse on Earth—at least back then. Then to possess a vain loud-mouthed Talking Asshole—and I should know.

And for Gawd’s sakes—Christ on Crutches!!! If somebody asks you if you do indeed have a Talking Asshole—just fuckin’ smile at them & shrug. Play stupid and don’t say a thing. Tell ‘em you don’t know ‘nothin’—and ‘nothin’ knows you.

Just seal them Ruby Lips—and squeeze them Nice & Tight as a Vise. Both the Upstairs Little Lips—and the Ruby Lips down there in the Bargain Basement.

That’s right, girl—seal ‘em Nice & Tight. And don’t you Dare—Say a Fuckin’ Thing. DADT be the name of the Game—Silent Lips Don’t Talk!!!

My Problem is that I was Dumb and Naïve—but then most Earthboyz are that way. Earthboyz are Easy—that’s what the Devil Girlz from Mars say.

Earthboyz are Dummies—it’s been that way since the Beginning of Time. Since way back when in the very Beginning—long before Arthur Clarke’s Childhood’s End.

Men have always been that way—in a state of continuous eternal Delayed Adolescence. Even now in our supposedly Postmodern Late Capitalism Dayz—Earthmen are still simply dummy Earthboyz who never grew up.

Thick as Thieves in the Night—sharing the same Baron Harkonnen Bedrooms. Making Deals with the Devil—like New Big Oil Barons helped by the Tyrell Corporation. With their new Nexus 9—Douchedroid Kept Boyz for all the Desperate Saturn Suburban Housewives..

Yeah, it’s been that way from the Beginning—dirty-minded naughty Earthboyz takin’ over the Planet. All the way back to the ancient Jurassic—all the way back to Skull Island & those nasty King Kong boyz. Young beautiful poor Fay Wray—as the poor doomed Scream Queen Eve in the Garden of Eden.

According to YouTube Historians—that’s where all this Teenage Treachery began. Up there in that crummy Tarzan Treehouse—up there in the Ubangi-Ubango humid hot Jungle Treetops. All them cute Bomba boyz of the Primeval Prehistoric Jungle way back then. With nobody to blow—and only themselves to play with…

You know—uncut cute sweet-pea Teen Beat Heart-Throbs like Johnny Sheffield. The original Earthboy—in all those nudie Hollywood Tarzan flicks. With Boy and Tarzan runnin’ thru the jungle—and swingin’ from vines up there high in the Treetops!!! Wearin’ hardly nothin’ at all—except a skimpy leopard-skin loincloth & a naked smirky grin that could kill?

Such shameful softcore sleazy porno—such awfully tantalizing teenage Jungle Boy Sexploitation Flicks!!! How did they get away with it—what about the Comics Code and the Catholic Church? Swingin’ bare-assed on vines thru the Jungle all the time?

Showin’ their cute naked bods and tits and asses—for all the moiling masses at the Sat matinee Bijou? Flaunting their nice sleek muscular athletic physiques up there on the Silver Screen—traipsing around the humid Popcorn wilds of Deepest Darkest Boyhood Africa and gauche gringo-infested lovely South America.

Can you imagine all the petulant, pouty Little Pee Wee creeps like me—ogling up there at the Sleazy Slimy Silver Screen. All us adolescent Baby Boomer booing, bashful Bomba believer & fanatic fans—beatin’ off up there in the dark recesses of the infamous stinky sticky-floored Bijou balcony?

Shamelessly turned on by Bomba the Jungle Boy’s nice fine ass—cheering on his love-affair with Tommy Cook the Panther Boy. In that classic teenage sexploitation juvenile delinquent flick—Tarzan and the Leopard Woman starring Acquanetta the High Priestess of the Killer Leopard Cult.

All the broken hearts and seas of shed tears—all the way from Poughkeepsie to beautiful downtown Burbank. Full of Bomba Boy young lovers like me—gazing & gawking up at that magic pair of Bomba buns. So exquisitely and secretly ensconced & hidden from profane older moviegoer’s view—Johnny Sheffield’s fabulous flexing loinchops. Staring down at us mere peons & avid worshippers—of Bomba’s Leopard-Skin Killer Coffee-Klatch Cult.

Yes, That’s the Way It Is—That’ the Way It Was. No ifs, maybes or might-have-been whatever. Not even us unsuspecting Aficionados of Bomba’s Fine Ass—knowing the haunting hidden sweaty puckered tight-lipped bashful boyish Truth.

That Bomba the Jungle Boy’s Big Secret—was Something we all kinda sorta shared. You see, Bomba had a Telepathic Talking Asshole too—just like a lot of us back then at the Bijou. Just like his imperial royal blue-blood Asshole—hidden and sequestered under that skimpy flap of naughty risqué louche leopard-skin Loincloth dontchaknow?

Most of us grew out of it—adolescence is usually something guyz grow outta like wetdreams, pimples, nocturnal emissions & all that sorta thing. Usually only the hardcore juvenile delinquents don’t grow up—going on to be TPTP Barons, Leaders, Chairmen of BP Oil and TerraCorp and Tyrell Corporation. They become the true Movers & Shakers—the Biggest Assholes of Human History and Eternal Earthboy Excitements & Exo-Entertainments…

Maybe that’s why I ended up—with a Talking Telepathic Asshole? Sometimes I felt like I was nothing but—an Asinine Asshole Walking Around on a Pair of Legs. Maybe that’s why I kinda ignored—what my Intuitive Extrasensory Asshole was tryin’ to say? But I’d been trained, intimidated and told over & over again—“Don’t Talk Don’t Tell!!!”

I kinda sorta forget Bomba’s Talking Asshole—whispering sweet nothings in my boyish ears during all those exquisite Sat afternoon Bijou matinees. It was such a cute, neat, wise-ass Jungle Boy Asshole—not only could it swing from Jungle vines & commune with Panther Boy’s equally pretty pert Asshole divine. .
But Bomba’s tight little Asshole—taught me lots of ancient gone Forbidden Knowledge about the Past and Future. It was Bomba’s clairvoyant Madame Sosostris-like Telepathic Asshole—that not only cut nasty Farts but told me all sorts of Dirty Asshole Jokes that I enjoyed and laughed at.

Alas and alack—Telepathic Talking Assholes are a dying Breed of old Bomba movies & Baby Boomer cinematic history. But one last badboy Bunghole Bombaesque Secret—managed to squeeze out one them Silent Types of Killer Farts. The kind you smell in church—but can’t blame anybody for.

Who would’ve guessed that Mother Earth—had nefarious plans all of her own. Aided by BP & Halliburton Child Idiots—down there in the Gulf of Mexico.

Down there in the Gulag Gulf of Apocalyptic Mexico—that Oil Rig Blowout Gusher just sittin’ there. On top of the biggest Methane Bubble on the whole fuckin’ Planet—under tons of pressure just waitin’ to goddamn blow its top.

That’s the topic of my Apocalypto Earthboy Confession and I should know—after all, I’m the Last Boy on Earth, dontchaknow?

Posted by pugetopolis at 2:50 PM