Get Your Head Into Uranus 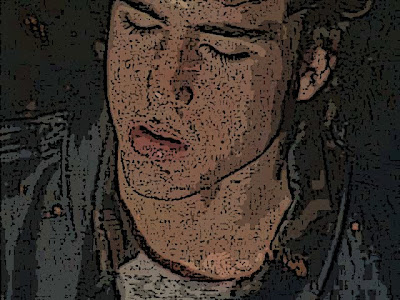 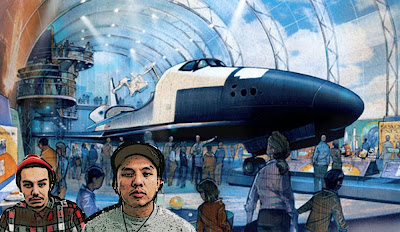 Get Your Head Into Uranus

“The future isn't
what it used to be"
—Paul Valéry

Could the space shuttle Atlantis, which grabbed hold of the Hubble Space Telescope recently up there in outer space, wind up parked on a pier in Elliott Bay or even at the Seattle Center?

That is the pie in the sky for the operators of the Seattle EMP/SFM (Experience Music Project/Science Fiction Museum) here in Puget Sound.

Blue Scholars have joined in to jump-start Seattle Hiphop's Space Program and Get a Space Shuttle to Seattle!!!

“Rejecting today's ubiquitous emphasis on black sound's necessary ethical allegiance to the street, [sonic fiction] opens up... the secret life of forms, the discontinuum of AfroDiasporic Futurism... It moves through the explosive forces which technology ignites in us, the temporal architecture of inner space, audiosocial space."—British/Nigerian critic Kodwo Eshun
.
Please sign the petition to bring a space shuttle to Seattle—to enliven and enrich the new and current wave of local hiphop sonic fiction. A wave that recently celebrated its arrival at the Crocodile with the Go! Machine festival.

NASA is retiring their Space Shuttle fleet and has announced that they will make three space shuttles—Discovery, Endeavor and Atlantis—available to different institutions throughout the US.

Seattle would make an ideal home for one of these retiring shuttles. The Seattle EMP/SFM (Experience Music Project/Science Fiction Museum) has applied to NASA for consideration to bring the shuttle to the Seattle Center. The shuttle would be prominently displayed alongside The Space Needle—a famous landmark of the 1962 World’s Fair.

The Intrepid has a proud history with NASA and our space program, serving as a primary spacecraft recovery vessel during the 1960s. More recently, The Intrepid hosted the final stop of the “Legends of Aerospace Tour”, which included visits by Neil Armstrong and Gene Cernan—the first and last astronauts to walk on the moon.
.
Please sign our petition to NASA. Help bring a space shuttle here to Seattle and to the Seattle EMP/SFM (Experience Music Project/Science Fiction Museum). Your participation can help further enrich our minds and our imaginations. As well as our empty purses and billfolds! As well as Seattle’s empty coffers!!! Thank you for your support!!! Shazam!!! To Uranus!!!