Notes on ΞVΞ and PKD 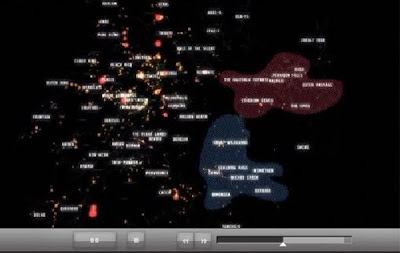 Notes on ΞVΞ and PKD

“Willing to trust our powers
of improvisation untempered
by powers of retrospection
and analysis”—Thomas Disch,
“The Embarrassments of
Science Fiction,” On SF

1 Eve’s "Space Opera" plot—two corporate alliances at war with each other...

3 "Solar Lottery" appearing in 1955—as half of a thirty-five-cent Ace Double Novel. Pulp fiction nostalgia for the future.

4 The cover art in various editions—asking itself the question: To what degree is it permitted to depart from the established pulp fiction ‘50s ceremonies of the Ace Double novel?

8 "World of Null-A” making a super-rich multinational interplanetary corporation not only possible...but probable.

10 The underlying assumptions of pairing Bad Guy golem-doubles with Good Guy directors and protagonists was a Van Vogt-PDK plot device—like Kier Gray and Jommy Cross paired with John Petty in “Slan,” Gilbert Gosseyn paired with the Thorston gang in “The World of Null-A,” Gosseyn paired with Eldred Crang in “The Players of Null-A,” and Reese Verrick paired with his sub-villain Herb Moore in “Solar Lottery.”
.
11 Eve seems to work along the same Good Guy/Bad Guy plot lines—pairing super-rich multiplanetary corporation alliances against each other.

12 Can Eve go beyond such PKD pairing of "late capitalism" golem/supermen power-plays, this clever disguised and translated version of Frederik Pohl and C.M. Kornbluth’s “The Space Merchants” (1953)?

13 Transcendence—whether it’s possible, what it feels like, and whether that feeling ultimately represents wishful thinking or some larger reality?

14 Which prevails—the feeling ultimately that represents wishful thinking or some larger reality?

15 Or the rationalistic denial of the ultimate reality of transcendent experience and a still ironic celebration of the brute fact of it?

17 For example, does Eve celebrate people with skill in their hands—not their heads?

18 Is game-playing a craft—as the Shakers say “Hands to work and hearts to God.”

20 A sensational bit of game-playing stagecraft?

21 Based on dramatic surprises and sudden unexpected events?

22 Is Eve based on skill in writing and staging game-playing events?

23 Is Eve a presentation for the vidscreen like Youtube, film or TV—“have you seen the new production of Hamlet?”

24 Is Eve like a highly successful theatrical production—the production of a drama on the internet?

25 How is Eve—like the world of a PKD novel?

30 Is Eve’s commitment to an aesthetic of game-playing process the focus of her Art?

31 Is whatever we play—what she writes?

32 Do we improvise—rather than compose?

33 Thereby making our experience of the creative process—the focus of Eve’s game?

34 Is this the wager of Scheherazade?

35 That Scheherazade be interesting and authentic absolutely all the time?

36 That this tradition of the improvised jazz-like novel—is as old and honorable as the Flaubertian idea of “novel-as-game-playing” that presently holds sway in genre intelligentsia circles and academe?

37 That the sheer fecundity of game-playing—despite its dull patches, days when the computer refuses to flow like spice—is what makes Eve remarkable?

38 That Eve is a novel—the overflow of an authorial ludic impulse?

Posted by pugetopolis at 1:31 PM