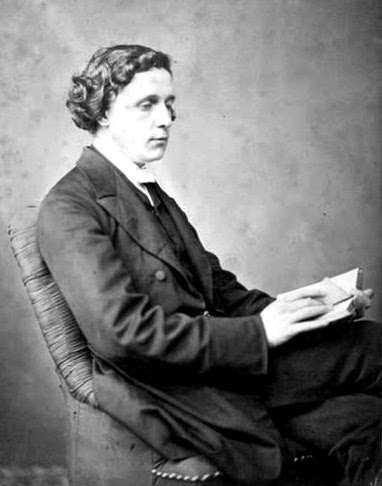 The Bellman’s Speech
—for Lewis Carroll

It was completely blank with no conventional signs—
No North Poles, Equators, Tropics, Zones or Lines

Other maps had islands, seas and oceans but—
The Bellman’s map was perfectly absolutely blank!!!

On an island of mostly craggy chasms & crags—
Guzzling grog as the Bellman made his speech:

“Friends, Romans, countrymen, lend me your ears!
We have sailed many months, sailed many weeks

And yet we haven’t caught a glimpse of the Snarke—
Not even a wink or a gimp or a good gander!!!!

Snarkes do all manner of mischief & harm—
That’s why the word Snarke causes such alarm
Posted by pugetopolis at 8:55 PM