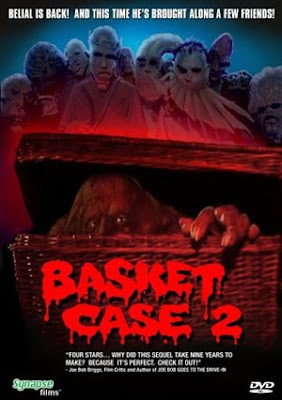 He was a basket case. That’s why they kept him in a wicker-basket. To protect the world. He was only sixteen-years-old. But one could see how blotched and full of ugly varicose-veins his hands were—reaching through the openings of his wicker-basket prison.

He resembled a caged beast—but he had a noble Roman nose. He had a cocky disposition and a head of dark curly hair. He had 3 eyes—one ogling big one in the center of his forehead. It never slept—it constantly ogled at whatever moved. He wanted to tear a hole in the wicker-basket and escape—but he of course couldn’t do that.

He was inventive though—hypnotizing the maid, his older sister, the dumpy tutor. He did it by staring at them with his big beautiful sorrowful ogling third eyeball. It was truly captivating—and so seemingly innocent. Deceptively so…

He resembled Prince Randian the Human Torso in Todd Browning’s Freaks. He could roll a joint with his lips and tongue—all he needed was somebody to light it for him. His quiet demeanor was so captivating that his innocent victims were seduced into lifting the lid of the wicker-basket and giving him a better view of the world. From there and from then on, he exquisitely schmoozed his way into the good graces of just about any woman, aided by his exceptionally inventive inquisitive 12-inch tongue.

To feel his tongue devilishly divagating and gesticulating inside your lolitaesque inner sanctum was truly a theme song without end—dozens of variations on a Theme by Laptinni. He knew how to drive his cute young tutor absolutely hysterical to the point of insanity. He taught her more things than she could ever teach him—it was a grotesque masterpiece of oral compulsion along with torrents of wild three-eyed ogling depravity.

He had no shame—nor did his older sister who took advantage of his young innocence and immense tongue. She’d take him out of his wicker-basket at night—and take him to bed with her. She put him through regular sessions of cunning cunninglingus by sitting on his face for hours while manicuring her fingernails. He could reach the ultimate truth of her being. He pried the tight lips of her chick-lit life-story slowly open with his tongue and bad attitude. And when she pulled his tongue out—there was a long juicy POP!!! Long strands of saliva and murky mucous still connecting him to her obscenely.

His sister suffered from insomnia which isn’t difficult to understand, considering that her gimpy stump of a younger brother could be easily had. He had no arms or legs, no fingers or toes. He was helpless as a little Teddy bear—and so very vulnerable. She took advantage of her younger brother’s deformity and got addicted to his giant Zeppelin tongue with zither music in the background.

He was shameless after being used and abused by his shameless older sister for her own nefarious purposes. He was without pity for anybody by the age of 16 and was fond of humiliating young nurses and maids who worked in the mansion. He’d become an incorrigible sex-maniac and his prodigiously endowed tricky tongue was totally shameless, ugly, gifted, vicious, backward and tantalizing. He took the joy out of life for every girl and woman who came into this twisted orbit—turning them into obscene addicted primal poshlust Monsters of the Id who needed him much more than he needed them.

“I can’t sleep,” his sister would say, locking the door.

“I need it bad tonight,” she'd say, slipping off her nightgown and turning off the light.

She’d pull him out of his wicker-basket and get him into bed. She’d use the usual aphrodisiacs on him to get his tongue erect, loose and lascivious. Pretty soon she was paying him for it—vast sums he demanded for his services. He was her knave of hearts, her jack of spades, her ace of clubs, her bestial younger brother.

He was the Boy with the X-Ray Eyeball—the leering ogling bulging one in the middle of his forehead. It ogled and ogled, bulging out so much that sometimes it popped out of its socket. It would pop out just as his sister went into convulsions. It would slide its slimy way up around her erect nipples, snaking around her body like the tentacle of some perverted outrageous octopus in search of cheap thrills. Then he’d slurp it back up into his forehead—with an obscene juicy POP!!!

His sister would get her hands on him—sticking her gnarly forefingers deep into his ears. She used his ears as handlebars—as if she were driving a big ugly motorcycle hog. “Oh Big Daddy” she’d scream—getting him to ream her inside-out and upside-down. Riding him like a jockey rides a racehorse down the homestretch—the parents in the next room snoring away oblivious to the midnight madness next door.

Word spread throughout the neighborhood—not a single nubile young Cinderella could wait to get laid by the Kid with the Twelve-Inch Tongue. That third eye was a real attention-getter too—winking at them with the most garish ingenuity. They did setups on it, twirled around the world on it, tried to squeeze and strangle it to death. His tongue grew stronger and more muscular—each chick cancelled their membership to Gold’s Gym and became gynecological slaves to the gimp upstairs. Not bad for a basket case…
Posted by pugetopolis at 5:52 PM