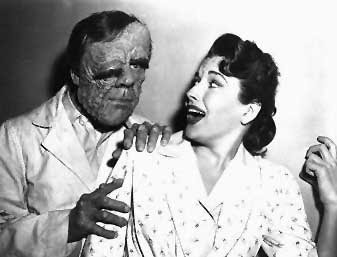 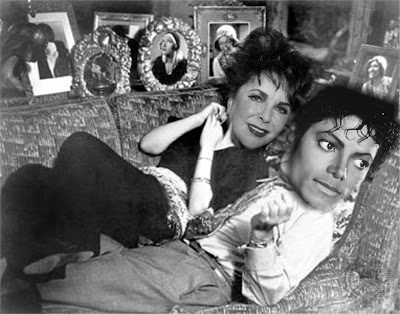 Norma Desmond (Elizabeth Taylor) decides on another fabulous “comeback”—after the one with William Holden ended rather desperately in the pool. This time it’s a double-comeback with Michael Jackson as her kept man and young protégé. Just imagine the older film noir Fifties version of Sunset Boulevard (1950) jump-started 50 years into the future.
The result—a jaded somewhat decadent Sunset Boulevard musical with the usual tragic-comic equipage and dance numbers to back it up. Monkey-shines with dead monkeys in the old Mansion, a chorus-line of flouncey old has-been actresses ready for comeback fame and fortune and Michael Jackson redoing his "Thriller" album appearance as the dead kept gigolo lurching out of the pool. Talk about Hollywood campy nostalgia!!!