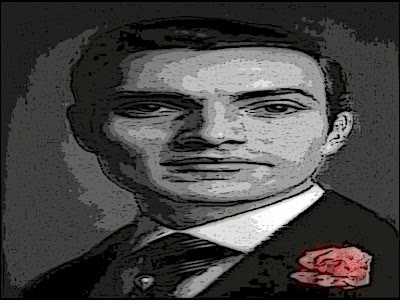 “Louis Latourette met Wilde coming out of the bar Calisaya… Wilde said, “I want to show you Dorian Gray’s photograph,” and he took out a photograph of a young Englishman he had met in Rome. “That’s the way I imagine Dorian. I didn’t find or see him until after I described him in the book. You see, my idea is right, that art inspires and directs nature. This young man would never have existed if I hadn’t described Dorian.”—Richard Ellmann, Oscar Wilde
Posted by pugetopolis at 11:06 PM