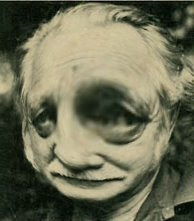 A New Rexroth Biography
Well, you know how it is. Some readers hate poets; other readers love and worship them.
That was very apparent in the NYTimes Readers Group Discussion with Sylvia Plath and Ted Hughes—especially when we discussed the biography of the “other” lady in the infamous menage a trois with Assia Wevill.

As nnyhav mentioned in his literary blog, the making permanent of the "temporarily unavailable" Archives of the NYTimes Readers Group Discussion has added another layer of mystery as to the demise of that distinguished group of astute intelligentsia.

But then what's new? Literature has always been controversial, especially during the last rather depressing 8 years.

One reader’s worshipful bio is another reader’s “mugging.”

According to the miffed John Solt: “The “mugging” of Rexroth continues unabated inside the book. Since Rexroth has told his own story in An Autobiographical Novel (NY: Doubleday, 1966) and Excerpts from A Life, one wonders why Hamalian titles hers A Life of Kenneth Rexroth, until we fill in the blank later and realize her intended title is “A Wife-Beating Life of Kenneth Rexroth.” —John Solt, “With A Tabloid Biographer Who Needs An Oeuvre? An Unabashed Appreciation Of Kenneth Rexroth”

Was Rexroth a wife-beater? Were there shocking things hidden in his closet? How do I know?

But little did I know that my mere literary discussion into Rexroth's poetry would cause so much angst… gnashing of teeth and paranoia on the part of certain readers in any forum...

But then no poet is perfect—and there is much more to Rexroth’s life than Hamalian’s rather mundane biography reveals.

Am I going to publish a Rexroth biography?