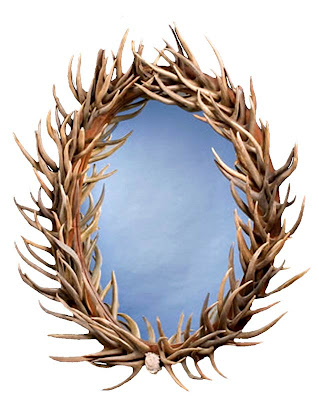 It’s as if I’m slowly waking up—
Speaking to you, my dear, while everybody
At the party has come and gone.

After all Factory came out in 1980—
And Chicken in 1979 a million years ago.
So tonight I tilt back for awhile thinking
About us being gay bards back then.

How could anybody see the future—
And know the right questions to ask?
Even now I think—why I’m not dead?

Ferlinghetti sends Ginsberg a telegram—
“I greet you at the beginning of a great
career. When do I get the manuscript?”

“I greet you at the beginning of a great
career, which yet must have had a long
foreground somewhere in Brooklyn or
riding streetcars late at night with cute
chicken conductor Peter Doyle or all
those young Union wounded soldier
boyz you preened up for with perfume
and gifts of candy and loving attention
or later on after your simply awful
nervous Beltway breakdown, bathing
and recuperating with your farmboy
lovers down by Timber Creek or later
Camden NJ retirement and wheelchair
Specimen Day nostalgia, your Saratoga
Trunk full of adolescent memorabilia—
how much young America did you have
flowing thru your varicose veins, Walt,
when you finally said goodbye?”

So that now all these years later—
I can’t help but think about Whitman,
Rexroth, Ginsberg and the Beats now—
how Literary Renaissances rush into
each other: San Francisco, Berkeley,
Beatniks, Hippies, Gays… shooting
down the rapids really fast like the
Skagit and Skykomish Rivers with me
Inside the sleek kayak of my gone
Gay Sunshine mind?

STH Boyd McDonald warning me—
To tighten my seatbelt, honey, it was
Going to be a bumpy night for the
Great American Literature Zeitgeist…
Just a brief window of opportunity
For Uranian poets like me to squeeze
My kind of poetry into the skanky
Stacks and bookstores in the Castro…

“Where’s that in the manuscript?”—
The New Yorker asks, querying Whitman
About a coffee table Leaves of Grass?”

“How can we possibly publish Howl?”—
whines The New York Times, after dishing
Hart Crane and Frank O’Hara so shabbily…
Listen to all the dead critics kvetch—
Ensconced behind the yellowing wallpaper
Along with all the other No Exit creeps.

Miss Havisham’s mansion is cursed—
All of America’s gay literature and poetry
Crammed into this House on Haunted Hill!!!
It takes a neurasthenic raconteur—
A nervous nelly Vincent Price, my dear,
To point out the unctuous Usher artwork.

Now we’ve had lots of poet laureates—
Several dykes and many closet cases…
But when do we get a Doty or Ashbery?

When do we get a gay Poet Laureate—
To grace the stately halls and stacks of
This magnificent Library of Congress?

May I nominate Miss Merrill, my dear?—
Surely it’s better to have a Planchette Queen
Guiding this Ouija Board Ship of State?

The changing light over Sandover—
This lovely Foggy Bottoms twilight zone
Known as the Planet Potomac?