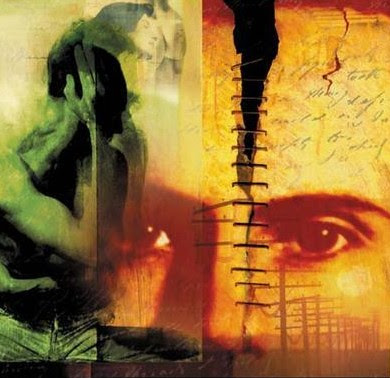 “At first one thinks
one can avoid the ego,
make works that are
egoless, by chance…”
—Jackson Mac Low

Just when I naively thought that
MAking things “chance” really worked—
TaCky realizations started bugging me about
WorKing spontaneously with these diastic
PoemS ending up even more Egoic and
EmotiOnal than before since my so-called
SpontaNeous “virgin” Intuition was actually
EnvironMentally already polluted by my usual
ExtravagAanza of “autobiographical” illusions—
Seriously Complicating the various and
Sundry SimuLtaneities I had so cleverly
Somewhat otiOsely composed, but even
So what in the World was still coming thru?

Seed text = Jackson Mac Low
Source text = “The Poetics Of Chance and the and the Politics of Simultaneous Spontaneity”
“At first one thinks one can avoid the ego, make works that are egoless, by chance. This illusion passes after you work this way a while. You realize that making a chance system is as egoic, in some ways, or even as emotional, as writing a poem spontaneously. Bent at the same time, you realize that there is something more than just yourself doing it. And by interacting in that way with chance or the world or the environment or other people, one sees and produces possibilities that one’s habitual associations—what we usually drawn on in the course of spontaneous or intuitive composition—would have precluded, for our so-called intuition or taste is always involved with our biographies and habits…” —Jackson Mac Low, “The Poetics Of Chance and the Politics of Simultaneous Spontaneity,” Talking Poetics from Naropa Institute, Boulder: Shambhala, 1978.

Posted by pugetopolis at 3:39 AM