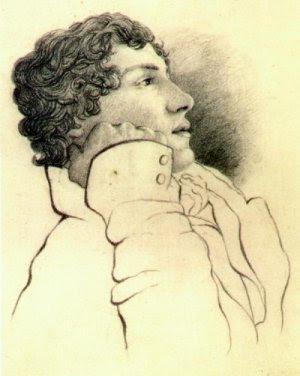 “Also counterintuitive, the idea
that content should (must?)
not intrude on form….from one
who lives on the written word.
But then again, maybe not…”
—laurie elaine

What does ‘counterintuitive’ mean?

I’ve experienced it a lot with cleaves—but I still don’t know what it is. I’ve simply accepted it as a zen-like flash I get sometimes out of the blue—reading down either one of the two vertical columns in the usual cleave format.

The horizontal stanza of the cleave for me is the linear storyline that I use for composing the cleave. It’s either my own wording—or the rewording of another poet in terms of a meta-translation or pre-cleavage approach to his or her text.

I used to try & juggle all 3 stanzas (one horizontal & two vertical)—working my way down diagonally like I did initially with my earlier Mac Low diastic cleaves, e.g. “Against Ego.”

But now I simply do the horizonal version—throwing in the hyphens to balance out the cleave stylishly & neatly on the page. I do it counterintuitively—not expecting the verticals to make sense or nonsense at all.

It’s hard for me to do that—to be counterintuitive with my own intuitive slant on things. But I don’t expect verticals to do anything—except please and surprise me. And when they do—I get this sense of counterintuitive spontaneity that Mac Low could never give me.

To simply trust one’s own intuition all the way—in a negative capability sense. To be “capable of being in uncertainties, Mysteries, doubts without any irritable reaching after fact & reason.”

In other words to go ahead and do the horizontal version—then going back over the 2 verticals for little nuggets of gold and joy.

What is usually left out is the rest of the Keats quote in his letter of Sunday [21 Dec. 1817] Hampstead Sunday to his brothers:

“Coleridge, for instance, would let go by a fine isolated verisimilitude caught from the Penetralium of mystery, from being incapable of remaining content with half-knowledge. This pursued through volumes would perhaps take us no further than this, that with a great poet the sense of Beauty overcomes every other consideration, or rather obliterates all consideration.”

Usually only this part of the letter is quoted:

“I had not a dispute but a disquisition with Dilke, on various subjects; several things dovetailed in my mind, & at once it struck me, what quality went to form a Man of Achievement especially in literature & which Shakespeare possessed so enormously - I mean Negative Capability, that is when man is capable of being in uncertainties, Mysteries, doubts without any irritable reaching after fact & reason.”

This letting “go by a fine isolated verisimilitude caught from the Penetralium of mystery” for me is letting go of the vertical composition process of cleavage—and reading what my own counterintuitive “voice” has to say. This is for me the surprise spontaneous immediacy that cleaves conceal and reveal within three-way texts.


According to Wiki, a counterintuitive proposition is one that does not seem likely to be true when assessed using intuition or gut feelngs.

“Scientifically discovered, objective truths are often called counterintuitive when intuition, emotions, and other cognitive processes outside of deductive rationality interpret them to be wrong. However, the subjective nature of intuition limits the objectivity of what to call counterintuitive because what is counter-intuitive for one may be intuitive for another.”

For example, “The Snarky Rose” with its 2 counterintuitive vertical stanzas which elaborate on the Stein rose motif: