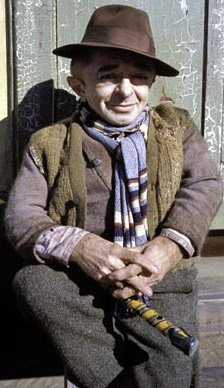 Carnivàle (2003)
“Before the beginning, after the great war between Heaven and Hell, God created the Earth and gave dominion over it to the crafty ape he called man. And to each generation was born a creature of light and a creature of darkness. And great armies clashed by night in the ancient war between good and evil. There was magic then, nobility, and unimaginable cruelty. And so it was until the day that a false sun exploded over Trinity, and man forever traded away wonder for reason.”—Samson, Carnivàle (2003)
Posted by pugetopolis at 8:39 PM