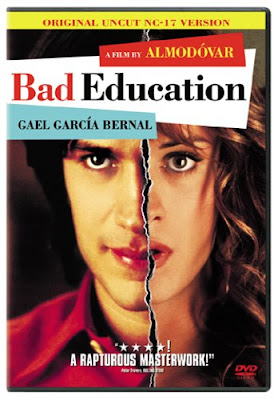 But further—than a course
A stretch of thinking—more specifically
I seem to have got—to the poem
(piece of language)—as full realization
(well, not in a majority—2500 poems all told!)
some recognition of things—coming to (me)

Bt otherwise—in hindsight
I just tried to do—the best I could
The simplest—& most immediate thing
Being punctuation—once words
Were forceful enough—a matter of getting
The distances—between words
And usages of p.. marks—to conform
As well as might be—to what there was
To say—as spoken

Well, as to—"beginning with a big B"
When I first heard Corman—I thought
He didn't read poetry—loudly boldly enough
Over the radio—but then I got used
To lower-case letters—& "sotto voce"
Plus non-routine use—of punctuation
From e.e. cummings—not closing
Parenthesis seemed—"sotto voce"

So I guess—when I mentioned
"suppression of words"—I was forgetting
Over the past 6-8 (?) yrs— I'd been
Eliminating—connective words
More & more in my head—automatically
Less & less—after writing them down
Keeping up the movement—the force

I'd leave the space open—not filled
I didn't close it up—at the beginning of a line
Then soon (?)—I was indenting
Not returning—to the left margin
Wholly or much at all—directly
Per se—and the less of a margin
The less set—and rigid a poem appeared
The more easily—it seemed
Seems to come off—the page into speech
So too—I've generally chosen
Not to put a word—flush with the word
Above it—even a few lines above it
While I haven't held—to such fine preferences
For decades—and words aren't
The food or drink—they used to be

Of course—a period says "Stop"
And a comma says—both "stop"
And "go on"—whereas a lacuna
A gap, space—just says "stop"
Or, rather—maybe "pause"
Until today—I've thought it
Fairly strange—peculiar that
Recognition of things—and ideas
Should come about (partly)—by cadence
Emphasis, tone of voice—conveyed
To listener—or reader
No, communication—isn’t strange
It's just people after all—speaking aloud
Silently (thinking)—who give things meaning
Maybe, sooner or later—(about) recognition
Accuracy of the moment?—once, anyway…


(“I felt a poem was incomplete, but was struck, couldn't go on, till the next day I was able to and could finish it, after I put the last few words I'd got on 1 or 2 lines instead of 2 or 3, put less emphasis on them. Or the things or the idea(s) behind the words. This would indicate I had something of an obsession the day before, was somewhat fanatic (not that they were extraordinary-- "flat sky / going down / to leaves // birds river / sound . . .")--somewhere I got stuck in this March '73 piece (oder Stuck, ja!). While 16 months earlier, I now see again, in a preface to a mimeographed magazine I soloed in (#8 of EARTH SHIP, Feb 1972, Southampton, UK), I had, "If a thing is hard enough, no one can do it. I enjoy doing things that are easy enough. If it gets to be work, physically tiring, still it's enjoyable work"...........

("Also on that page I quoted Creeley's words in a '61 review, read in '71: "The line is the means to focus, . . . says how we are to weigh the various things we are told"; after mentioning I found the idea of poetry as "deliberate, purposeful speech," in the same review, soon after I thought of "a general addressing his army," rather than table talk. "And writing a poem has often enough been like discovering things.") So, yes, by late '71 I was getting to think of evaluation and discovery, in re what I'd been doing, and not trying too hard--a poem can extend itself pretty much unexpectedly, like a walk you're out on, or, I've also thought, a coda in music, if you're not too willful. And I'd experienced new turns or twists of thought before I had the sense of intent, of weighing things. So in a sense doing a poem is like writing a letter. Robert Creeley put me up to my first booklet, which he issued from Mallorca in '53--one of the 10 poems occasioned by his writing me about Rainer Gerhart in bombed-out Freiburg; when RG died not long after, Ch. Olson mourned him in one of his powerful poems".........

(Since when I speak I'm not easy to understand even at my best when I give a reading, as I've been asked to do about 15 times, copies of what I'm reading are handed out to the audience or else projected on a wall or a screen. My first sizable collection, On My Eyes (88 or so poems), was published by Jonathan Williams in 1960. He started his Jargon books in Stuttgart, during his time in the U.S. Army. My book was JARGON #36. Maybe he published Olson before he returned to this country, to North Carolina. (Olson (1910-1970) was an exuberant giant as you may have heard, man and writer--I and my brother visited him once or twice (in '57 or 8 when I showed him a poem, right away he pulled out his portable typewriter and copied it!!

(A lot of what I've done, and most of what I've written these 8 years in California, often seems rather dull--the words fade out, for one thing anyway when there's been so many--or a strong piece echoes something a little stronger from years ago. Familiar sights are ok, hm, but you don't like to repeat yourself but to do something new or different each time. Or see things as if new. It's like wanting to stay young, at that. Either that or stop running around except if and when you feel like it. Hm, I've tried not to repeat any word (so at times this feels right and I've done it to good effect), for instance in putting a booklet or book together (and a title is part of a book). Well, what's kind of old to the writer may be new enough to the reader (I always mean to write short letters, of course, do things quickly. Huh! Well, these ten or 15 yrs I haven't kept up with anyone (or anything) for long. Anyway, I seldom take the time to take a look at the clock!!

Posted by pugetopolis at 4:32 PM