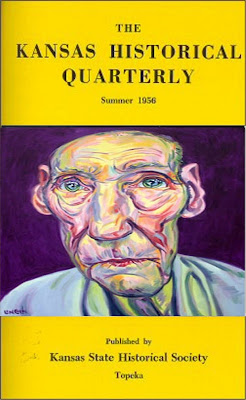 “I am forced to the appalling
conclusion that I would never
have become a writer but for
Joan's death…”
—William Burroughs,
Queer, Penguin, 1985
page xxiii

the same with—dave kammerer
i met him when i was 11—he was 25
he was love with me—wouldn’t leave me alone
you know how fags are—they get some
then they want it—all the time
eight years—4 prep schools later
he’s still—putting the make on me
i run away to nyc—trying to get away
even with my girlfriend—he’s still wants it
sometimes i’m vulnerable—i let him do me
finally in riverside park—something snapped
i killed him—rolled him into the hudson
bill killed joan—i killed kammerer
it was pretty shitty—seedy, hardly artsy
later ginsberg blew it up—like he blew me
for every rimbaud—there’s a dozen fag verlaines
for every cute slacker—there’s a howl or two
ginsberg had no shame—sf was his stage
dedicated his queer poem—to his lovers
kerouac, cassady—burroughs & me
i asked him to please—erase my name
“lucien carr—recently promoted to
night bureau manager—ny unitied press”
after doing time—all i wanted was privacy
i realized then—and ever since how
death motivates—and forumulates
what i write—and how i write it
what if rimbaud—murdered verlaine
he’d be the one—in prison not verlaine
verlaine & kammerer—jealous queens
aiming the pistol—at rimbaud’s groin
pulling the trigger—hitting him in the wrist
young arthur covering it—with both hands
sooner or later—jealous kammerer
he’d do me in—just like miss verlaine
that night by the river—I killed him instead
i live with this thought—it possesses me
i need to escape it—its nightmare control
killing kammerer—even tho he was queer
made me feel—doublly invaded
it was me—the ugly spirit was me
the invader—a life long struggle
the only way out—to write myself out
there was no choice—each day i escaped
writing was the way out—not the way in
____________

In a letter from Lucien Carr, in NYC, to Allen Ginsberg, Berkeley CA, Sept 21, 1956: “As you might expect I have one small gripe. I was touched by being included in your dedication. But I value a certain anonymity in life and it always jars me when my friends, of all people, find it desirable to include mention of me in their works—dedication page as well as text. It’s a small matter. The book is impressive. Lucien.”—Allen Ginsberg, Howl: 50th Anniversary Edition, ed. Barry Miles, NY: Harper, 1986, 159
Posted by pugetopolis at 12:51 AM